The outdoor athletes sounds the alarm on plastic pollution

A story of friendship and passion that began with a simple idea. Only 9 days later, a dozen of outdoor athletes are gathered in a recycling center to raise awareness and alert the public on plastic pollution. This is the story of the association Une bouteille à la mer, told by Dom Daher, photographer…

UBAM started in November 2019, after a stay in a rehabilitation center where Mathieu Navillod, former member of the French humpback ski team, and Jimmy Humphreys, a high-level basketball player, met. From this meeting on exercise bikes and in the hands of physiotherapists, a beautiful friendship was born. Mathieu is passionate about protecting the environment and his playground, the mountains. He called me one morning to tell me about the idea they had together, to promote recycling through a series of photos in the waste treatment center SCLAVO which belongs to Jimmy’s familly. I immediately said yes.

9 days later, we were all ready to jump into Mathieu’s blue lagoon Kangoo, heading for Fréjus. In less than a week, we had managed to gather a whole team of sportsmen, mainly from the mountain but not only, to join us in the adventure.

We also called on Kilian Jornet, multiple world champion of ski-mountaineering. Unfortunately, he was at the Everest base camp during the shooting in Frejus, but as soon as he arrived in Norway, where he now lives, Kilian called me to tell me that the project really interested him. I found myself on a 15 hour train journey for a 2 hour shoot in a Norwegian recycling center with Kilian and his partner, Emelie Forsbergn.

How do you explain the enthusiasm of these athletes for the project?

For the same reason that we set up UBAM: sportsmen and women are all big polluters. They travel to competitions, they wear technical clothes, they promote textile collections or travel destinations. But just because we do all this doesn’t mean we can’t act, quite the contrary. Nature is our playground, we must protect it in our own way, with our own means. And our means are our network of contacts in the sports world and our image expertise.

Is the goal of UBAM to raise awareness through images?

That’s what we do best. Many people ask us why we don’t organize clean-ups. We definitely could, but that’s not where we have any real added value. We had a very good response to this campaign, with over 84 million viewers. We were able to put into images a message that we all cared about and we said to ourselves that we couldn’t stop there. This operation also allowed us to get in touch with organizations such as WWF and 1% for the planet or MAIF which allowed us to finance awareness kits to be accessible to everyone.

“Our motto at UBAM is simple: Let's raise awareness about environmental threats through images and sports. We cannot act on all fronts. But what we can do is sport and image. So we better make use of it.”

The second step was very important for Mathieu. As a sponsored athlete, he realized that he was able to fill this same Kangoo completely with plastic packaging that came from his endowment. So we created an informal meeting with about 50 outdoor brands (Salomon, Pictures, Rossignol, Alpina, Patagonia,…) to think about the packaging issue. Do we really need a silk sheet in the middle of new T-shirts, unique packaging and multiple stickers? We are proud to have been able to gather all these people to talk about this subject and to work together in an open way, without any marketing objective, with the only will to make things progress.

We also have two upcoming projects. “Hands for Tomorrow” to raise awareness of recycling through photo portraits, and “Over the Water”, with the idea that nothing is lost, everything is transported: a piece of waste thrown on top of a mountain will end up in the oceans.

You are specialized in outdoor photography. Have you witnessed global warming or plastic pollution in your career?

In the mountains the impact of global warming is enormous. The glacier of Tignes today is nothing like the glacier I knew when I arrived in 1996. And this observation is even more striking in summer than in winter. What revolts me the most, however, is what can be found in the mountain. I still find it hard to understand how a cake wrapper can be found at 2500m altitude. It’s not a tourist who could have left this here, but potentially a nature and mountain passionate. It reminds me that there are still people who don’t realize the problem, and that we have a tremendous role to play. 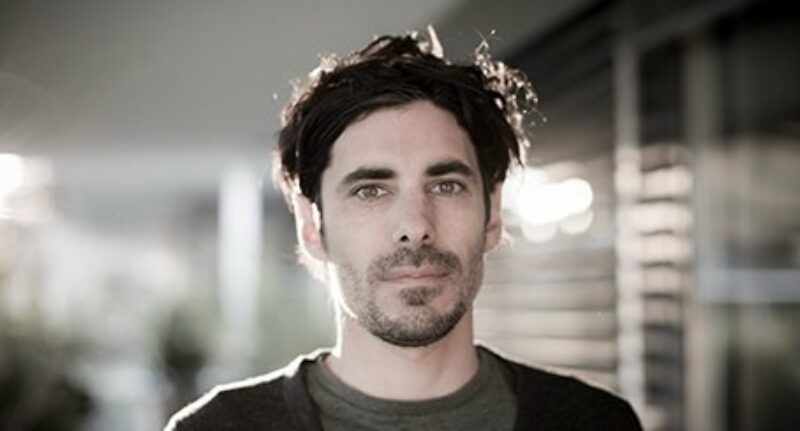 Originally from Marseille, Dom moved from the sea to the mountains to specialize in outdoor photography. He has now settled in Geneva, in his studio Neuf Dixième that he shares with two colleagues and nature enthusiasts.