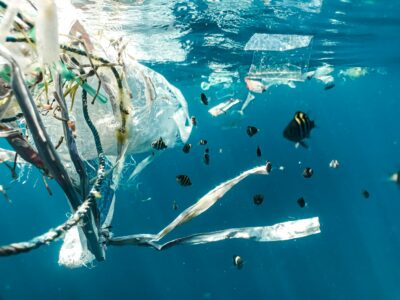 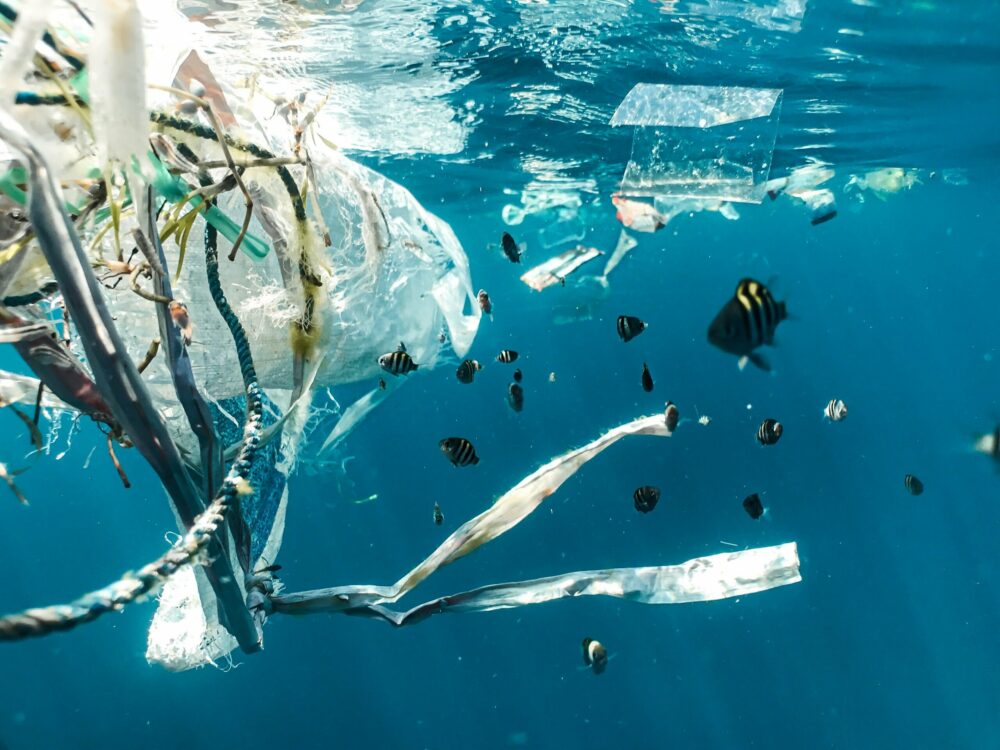 [The authors] assessed the standing stock of litter in a coastal Balinese village in terrestrial habitats and on an adjacent beach. Densities ranged from 1 633 items 1 000 m-2 at a local tourist attraction (waterfall) to 8 389 items 1 000 m-2 on the beach. Plastic food packaging (17.2%) and cigarette butts (15.0%) were the most prevalent items: some sites also contained high densities of items that reflected local usage (e.g. fishing line, nets, ropes in the fishing preparation area). High-value plastic items (bottles and drink cups) were uncommon reflecting low usage rates within the village as well as local recycling efforts. There was a mismatch between the proportions of items in terrestrial habitats and beaches indicating differential transport processes (especially for cigarette butts and foamed plastics). These data provide a baseline against which to prioritise, and monitor the success of, future management intervention including the installation of small, plastic recycling machines (Shruders).

Background
In 2015, the scientific paper Plastic Waste Inputs from Land into the Ocean named Indonesia as the second largest contributor of plastic waste in the world, based on 2010 data used to estimate 2025 levels. The ranking is based on an estimation of the plastic waste emitted by coastal population (within 50kms of coastlines) around the world, mainly due to waste mismanagement defined in the paper “as plastics improperly disposed of”.

The article, Quantifying mismanaged waste in a small Balinese coastal village: Comparisons of standing stock in different habitats, contributes to the evidence-based knowledge needed to facilitate understanding of plastic pollution and the actions needed to mitigate the issue for four of the five main pillars of the National Plan. Without quantification or characterization of the type of plastic waste found on terrestrial habitats, which can end up in the ocean through various type of transport, policy makers will not be informed to propose and act on effective interventions against plastic pollution.

The SeaCleaners propose to highlight findings of this study regarding the NP objectives to show how scientific study can inform policies for greater effectiveness.

The Results of the Study
In the village plastic food packaging and cigarette butts where the most common items found (17.2% and 15.0% respectively); of the items found plastics accounted for 64% of overall items found, with densities higher in the fishing area and beach habitat compared to other areas studied; 5 items were present across habitats (cigarette butts, plastic food packaging, plastic film remnants, plastic fragments, and ceremonial items) – the fishing having high densities of fragments of fishing lines/nets and processed timber, while the beach having more foamed plastics and cloth/clothing.

Impact on Waste Reduction
Looking at the type of waste found in the different sites studied, we can already see how knowing the type and density of the waste may inform policy and behavioral change in the habits of the population. Indeed, the type and the density of the main items constituting the waste, here cigarette butts and food packaging, reflect usage of the plastic by the population in the areas studied. As a result, physical interventions, like fitting receptacles for cigarette butts, or educational, focusing on a change in the habits regarding food packaging, appear to be natural interventions.

A Scientific Method Cognizant of its own Limits
However, the authors note that of the few similar studies on terrestrial environments available very few can be compared due to the lack of standardized methods for such studies. Quantification is therefore not as easy as it seems. A similar point was raised in a very recent paper (Plastic Pollution Research in Indonesia: State of Science and Future Research Directions to Reduce Impacts), where the authors highlighted the issue of a “lack of central coordination [leading to] research output with different goals, methods, and data formats”. Without comparable studies, no order of magnitude can be assessed for different sites; rendering it even more difficult to raise alarms for appropriate policy makers’ reactions or to take effective mitigation measures tailored specifically to the problem.

While we are anxiously hoping for a legally binding treaty to be ratified soon, actors demanding for the treaty, NGOS, world citizens, governments but also some industries, are hard at work in the combat against the plastic downpour. TSC offers concrete solutions for plastic pollution, both on land and at sea, through corrective and preventative missions. Our first campaign is scheduled to start in early 2022 in Indonesia with our Mobula 8, designed to be deployed in calm waters. We will protect the riverine environment by collecting floating and land waste with our local partners; inform the public and policy makers through education initiatives and scientific research, while promoting the transition towards a circular economy.

Upstream and downstream approaches are need now more than ever.