The MOBULA fleet is growing!

It’s a well-known fact to anyone interested in the environment and the oceans: 80% of marine pollution comes from the land.

Plastic waste is the largest, most harmful and most persistent fraction of this pollution, accounting for at least 85% of the total that is released into the oceans.

According to one of the recent reference studies on the subject, conducted by Laurent Lebreton, member of our International Scientific Adisory Board and scientific director of the Dutch NGO Ocean Cleanup, 1,000 rivers in the world are responsible for nearly 80% of annual global river plastic emissions.

The conclusion is obvious: to reduce ocean pollution, we must capture the incoming flow of plastic waste in the oceans, by collecting it in rivers as well, in addition to collecting waste in other areas of high concentration such as coastal areas, mouths, mangroves, etc.

It is with this objective in mind that the MOBULA 8, our multi-purpose cleanup boat designed with the French SME EFINOR Sea Cleaner, was conceived. It arrived a few weeks ago in Benoa, on the island of Bali, to participate in the national strategy set up by Indonesia to reduce plastic pollution. We will tell you more about its cleaning operations soon. 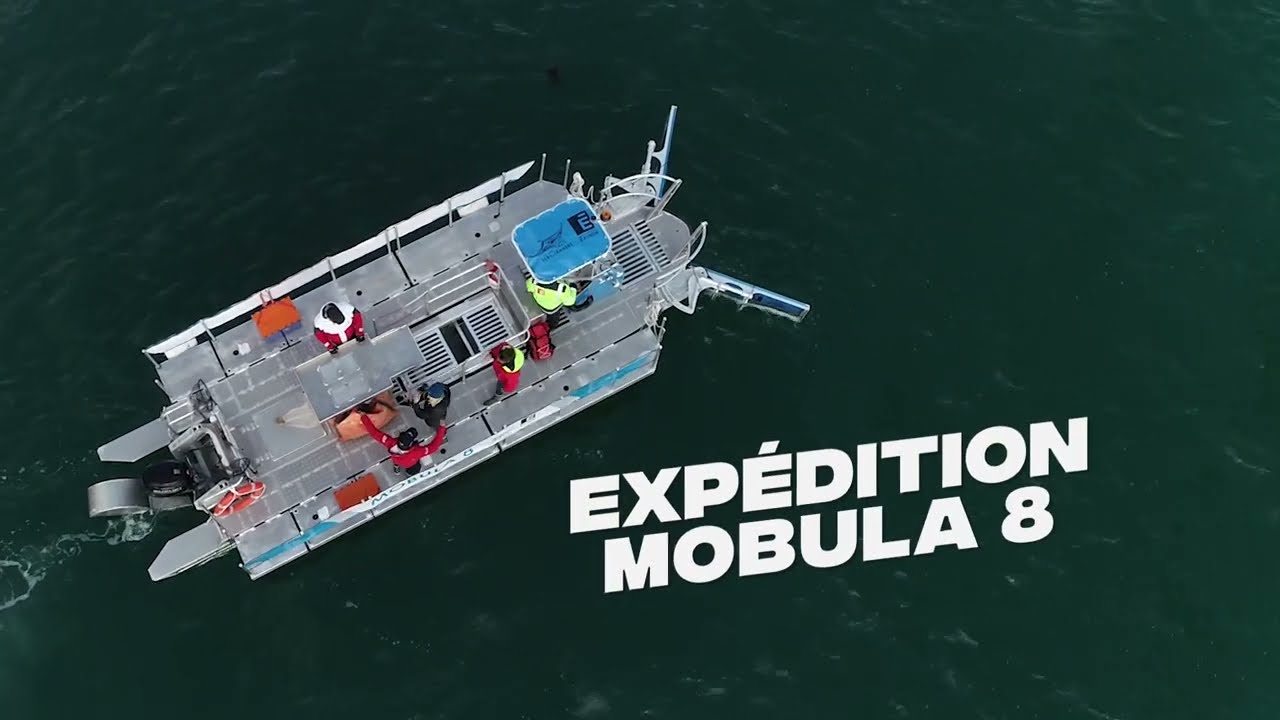 Welcome to MOBULA Z and MOBULA 10

The big news is that the MOBULA 8 will have two little brothers in 2023!

We are pleased to announce the upcoming birth of the MOBULA Z (from the MOBULA 8 range) and its big brother the MOBULA 10!

Why MOBULA Z? As a tribute to the Z Event, whose funding allowed us to launch the order of these two new boats from EFINOR Sea Cleaner. This was one of the commitments we made to the event’s donors and streamers.

The MOBULA 8 (including the MOBULA Z) are multi-purpose, 9-meter vessels designed to clean up calm, inland waters with little turbulence: rivers, mangroves, lake areas, canals and coastal areas (up to 5 miles from the coast).

The heavier MOBULA 10 will reach the respectable size of 11 to 12 m and will be able to operate in more agitated waters: rivers and streams with strong currents and coastal areas up to 20 miles from the coast.

Toward a fleet of MOBULAs for solidarity

Initially, the MOBULAs were conceived as satellite collection vehicles for the MANTA. Mounted at the rear of the giant ship, in the docks, they are intended to operate in narrow, shallow and less accessible areas where maneuverability is limited and the MANTA cannot venture. The satellite MOBULAs will bring the collected waste back on board the MANTA, where it will be processed and transformed by the waste-to-energy unit on board the ship.

Today, in addition to these satellite MOBULAs, The SeaCleaners is planning in the short term to acquire a fleet of solidarity MOBULAs, with the aim of intervening in different parts of the planet, to better respond to the needs of the countries most affected by the pollution of their aquatic environments and lacking sufficient infrastructure to limit and manage this waste.

This evolution of the project, more ambitious, multiplied, follows the natural development of The SeaCleaners. In six years, the association has become a full-fledged player in the cleanup of aquatic environments and intends to continue along this path, while remaining true to its original DNA: taking concrete action to protect the oceans and fight plastic pollution.

The deployment of the MOBULAs will be based on a Request for Interest (RFI) from institutional, territorial and associative actors, so that the use of the boats is in line with the partnership and co-construction approach that has animated The SeaCleaners since its inception. 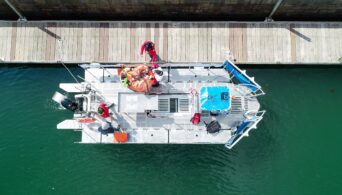