World Conservation Congress: all eyes turned to Marseille from 3 to 11 September

The International Union for Conservation of Nature (IUCN) came to Marseille for a week of congress. A meeting of the highest importance bringing together thousands of organisations and welcoming public figures ready to speak out on the urging threat on biodiversity.

We have been looking forward to this week. The challenge of such an event is clear: to bring the protection of biodiversity to the top of the world’s agenda, and to finally take concrete actions to respond to the problems linked to the climate crisis.

Divided into four areas, the Parc Chanot was ready on Friday 3rd of September to welcome visitors from all over the world, in an environment decorated in tribute to the blue planet.

👇 Elise takes you behind the scenes of the world’s largest congress! 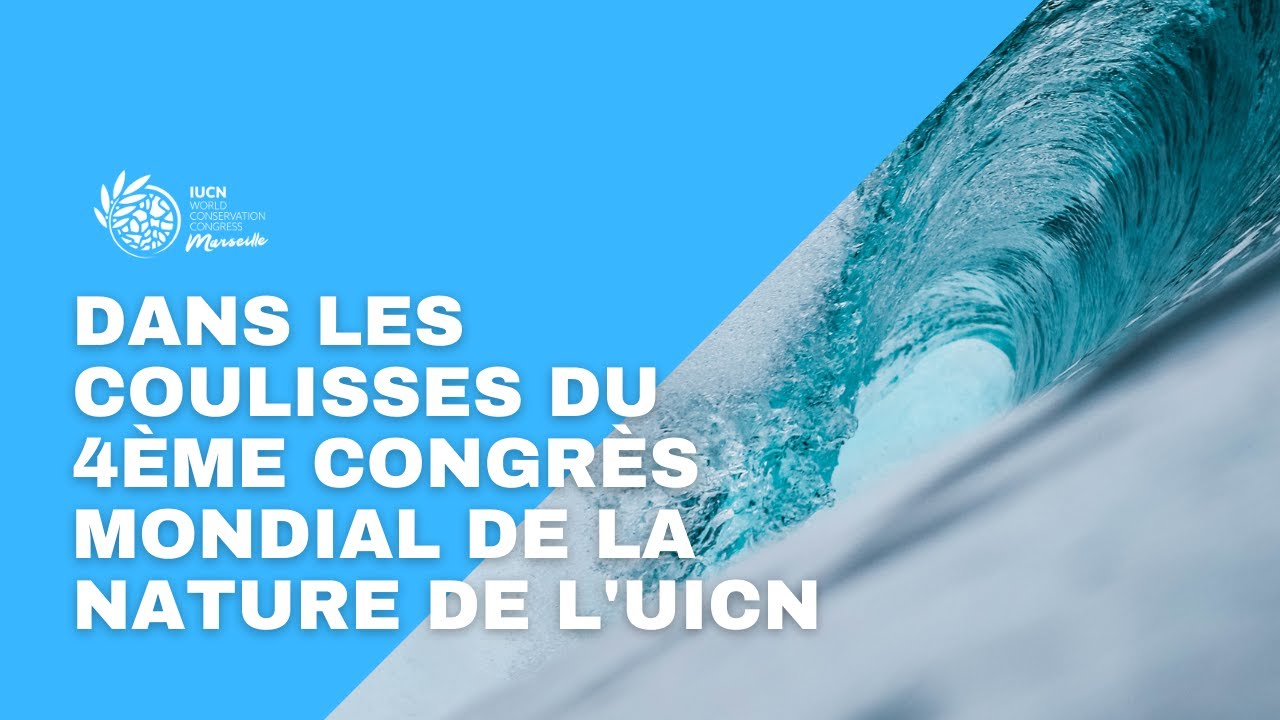 The model of the Manta looked great in the blue zone, dedicated to the protection of the oceans. Curious people stopped  by, dozens of meetings took place and animated discussions were held around this giant of the seas that knows how to attract attention. The IUCN was the perfect opportunity to discuss the various initiatives and resolutions to be taken with those who love the sea, those who know it and protect it. Like H.S.H. Prince Albert II of Monaco who honoured us with his presence, Peter Thomson (UN special representative for the oceans) Jean-Louis Etienne, explorer or Julie Gautier, our ambassador who is as much in her element in this congress as she is in the depths of the ocean. The presence of the French Ministers of the Sea and Ecological Transition Annick Girardin and Barbara Pompili, or the Minister of Education Jean-Michel Blanquer and Virginijus Sinkevicius (European Commissioner in charge of the protection of the oceans) was also further proof that the current state of the oceans is a real concern within the political institutions and the Manta ship is clearly a part of the solution.

WASTE WE CAN VILLAGE

On the outside, in the Espaces Génération Nature, our volunteers kept busy. Families, school groups and visitors had the opportunity to discuss plastic pollution with our team. Our educational tools helped people to understand the current issues in a fun way. Used to this kind of exercise, the SeaCleaners are nevertheless always impressed with the level of awareness among the young public regarding the consumption of plastic and eco-gestures; these exchanges are always very fruitful and allow us to keep hope for a better future.

On Monday 6th, we took part in a round table on the Waste Journey: a fight at every stage to reduce the impact of marine waste. This was an opportunity to debate with different ocean protection NGOs, discover new initiatives and share solutions.

This autumn 2021 is off to a strong start in terms of the key meetings on biodiversity and climate. It is hoped that the exchanges made during this congress will lead to strong decisions regarding climate issues at COP15 in Kunming (China) from 11 to 24 October, or COP26 in Glasgow from 31 October.

The international scientific community has raised the alarm, and opinion leaders can no longer ignore this call.