From Monday 28th February, policy makers from around the world will gather in Nairobi for the 5th Assembly of the United Nations Environment Programme.
What is the status of the negotiations for a treaty against plastic pollution?

#UNEA5.2 – This isn’t the name of a rocket, but that of the 5th Assembly of the United Nations Environment Programme. From Monday 28th February,  the leaders of the 193 member countries will gather to determine a common strategy to accelerate the collective achievement of the Sustainable Development Goals, the famous SDGs adopted in 2015.

With the world increasingly calling for a binding international treaty against plastic pollution, UNEA is expected to kick off the ‘official’ negotiations.

What exactly is going to happen? What is the status of these negotiations that have been talked about for months?

As a member of the Marine Plastic Treaty Task Force recognised by the United Nations Environment Programme, and set up by the Center for International Environmental Law (CIEL), the Environmental Investigation Agency (EIA) and the WWF, The SeaCleaners analyses what is at stake in what could be a historic meeting.

The world's most important gathering on environmental issues

After a first remote session in 2021, the theme of this second session will be “Strengthening action for nature to achieve the Sustainable Development Goals”.

UNEA5.2 will focus on concrete topics, such as marine litter, green recovery and chemical waste management.

One question in particular is on everyone’s lips and in many tweets: Can the world expect a Global Treaty on Plastic Pollution?

While UNEP itself suggests that there could be more plastic than fish in the ocean by 2050, more than 150 countries have already committed themselves to such a step forward (see WWF) and even reaffirmed this commitment at the recent One Ocean Summit in Brest.

After the preparatory work of the task forces, working groups of scientists, members of civil society and NGOs, of which The SeaCleaners is a member, Nairobi will be the starting point for the real intergovernmental negotiations, based on the recommendations made by these different groups. This will be a historic moment to mark the beginning of the road to this treaty. It is here that the level of ambition of the future treaty will be determined.

At the heart of the debate: 2 proposals for a legally binding international treaty on plastics.

The objective of the UNEP assembly will be to set the course: to establish the mandate (i.e. the mission) of an intergovernmental negotiating committee (INC) in the drafting of this treaty.

Today, two proposals for legally binding international agreements are on the table: one is supported by Rwanda and Peru, the other by Japan.

They both concern the creation of an INC, but with a different framework.

The first is proposed by Rwanda and Peru and supported by Chile, Colombia, Costa Rica, Ecuador, the EU and its member states, Guinea, Kenya, Madagascar, Norway, the Philippines, Senegal, Switzerland and Uganda.

Its objective is to establish an INC to move towards a global agreement on the full life cycle of plastics: from production to end of life.

This proposal is based on a global approach to prevent and reduce environmental pollution by plastics in its entirety and in any environment, including land-based pollution and microplastics.

To achieve this, it proposes to focus “on upstream and downstream activities and measures”.

The second proposal, put forward by Japan, calls for the INC to draft a global agreement to battle marine plastic pollution, while “taking into account respective national circumstances”. It makes it a condition that not all member countries are equally responsible for plastic pollution.

Another key difference is that Japan focuses on waste management, while Rwanda and Peru focus on prevention actions around production, consumption and reuse

Finally, while the terms of reference of the Rwanda and Peru proposal give precise keys in terms of quantitative targets, the focus of the proposal is not on waste management.

Japan is diametrically opposed to this and is less precise on the instruments for measuring the treaty’s effectiveness, focusing the scope of the agreement on marine plastic pollution alone. 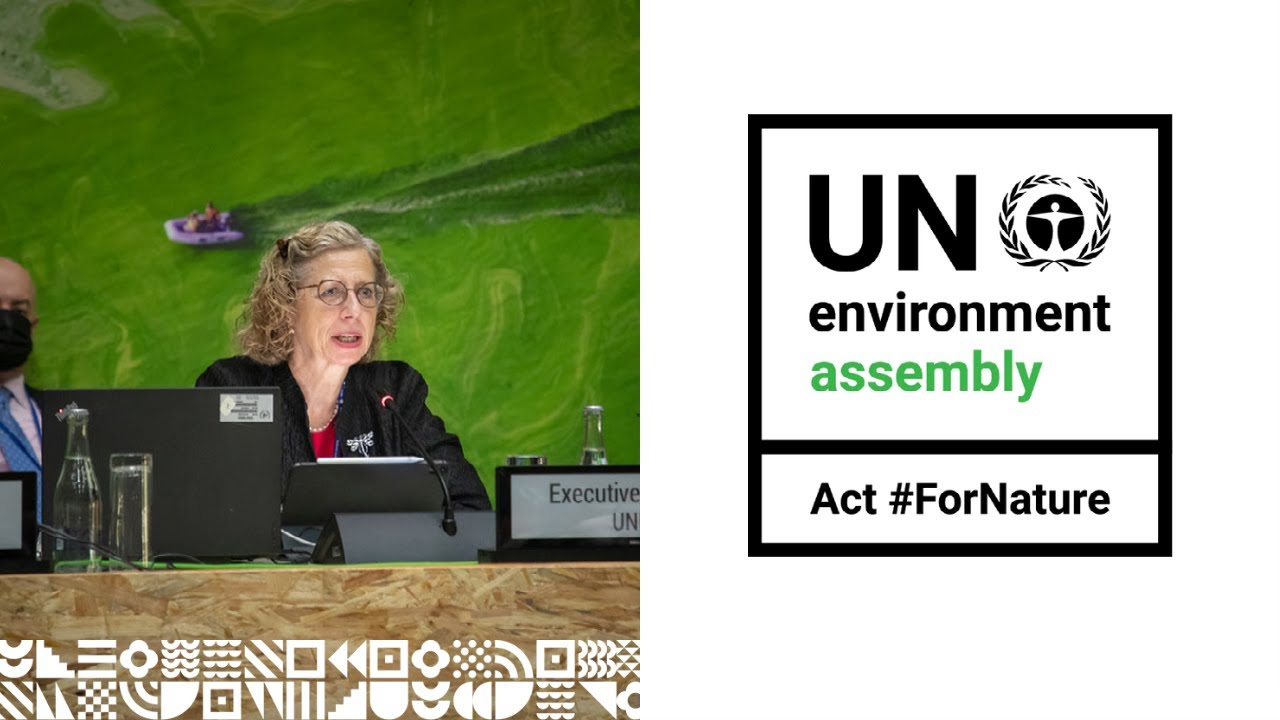 For UNEA 5.2, the technical meetings aim to come up with a single draft mandate, tending to reconcile the approaches of the two proposals, which, as we have seen, are very different.
While the idea of an international plastics treaty is gaining momentum, it raises fundamental questions: Should it be limited to marine plastic pollution or should it cover the whole supply chain?

With 1 American consuming as much plastic as 8 Chinese, will developed countries be prepared to reduce their consumption and help finance a transition to zero waste in developing countries?
How can the voice of the oceans and biodiversity be given priority over such powerful economic and financial interests?

Finally, as a reminder, Monday 28 February, the opening day of the Assembly, will also be the day of the publication of the second part of the 6th IPCC report on the impacts of climate change.

This part should mainly focus on the measures to be taken to mitigate global warming and question the respect of the principle of equity between regions and individuals in the face of the consequences of this global warming.
With plastics potentially accounting for 20% of oil consumption by 2050 if our reliance on plastics continues, the IPCC report only adds to the pressing motivation for an agreement.

For The SeaCleaners, the hope for a “Global Treaty on Plastic” is there: both resolutions state the ambition to ratify such a treaty at the sixth UNEA in 2024.

Like the Montreal Protocol, the agreement ratified in 1987 that saved the ozone layer and limited global warming, a treaty against plastic pollution could unite the whole world around the preservation of the oceans and its biodiversity against the plastic threat.