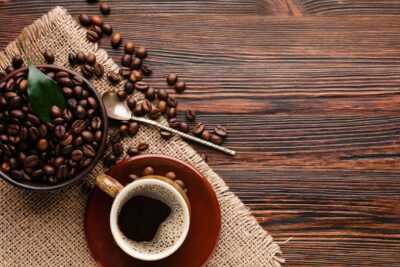 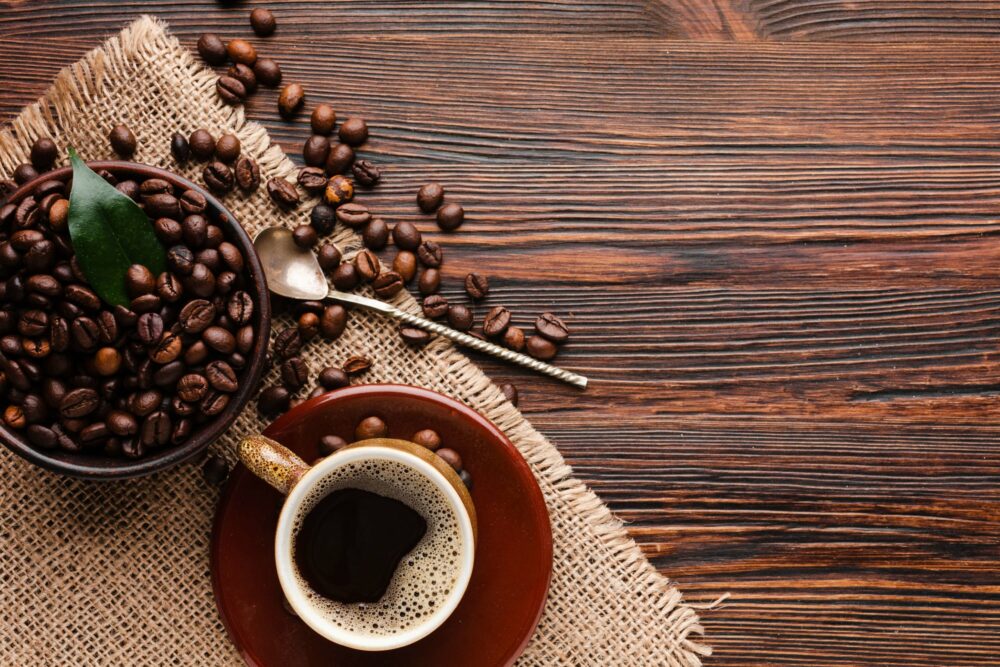 Purpose Coffee is among the most appreciated beverages in the world, and there is a wide variety of methods of coffee consumption, inside and outside the home, with a significant growth in the coffee machine market for single serve. Due to this significant growth and in agreement with the current sustainability directives, the objective of the present article was to evaluate the environmental performance of the preparation step of the most representative methods of beverage preparation. Methods The principles of the life cycle assessment (LCA) were applied to evaluate the environmental efficiency of the beverage preparation stage for the following methods: the traditional espresso, the French Press, the AeroPress, filtered coffee systems in coffee shops, the homemade filtration, and single-serve automatic machines. The boundaries of the study included the agricultural stage, the industrial roasting/grinding, and the beverage preparation up to final disposal of waste. Data were collected from 40 establishments among coffee shops, bakeries, and homes, with 153 individual data. The environmental efficiency was measured regarding energy, water consumption, waste generation, and the environmental impacts scores related to global warming, eutrophication, acidification, abiotic depletion, and human toxicity. Results and discussion Individualized data of coffee roasting/grinding from the industrial process was provided. The preparation of a single-serve soft pod (paper sachet) using an automatic machine resulted in the lowest emission of 14.3 g of CO(2)eq/50 mL of beverage in the monodose category, and also a non-biodegradable packaging waste to landfills about 11 times less than the single-serve plastic capsules with aluminum top seal, which had the highest consumption of energy, water, and waste generation in the single-serve category. In the category of consumption outside the home, espresso coffee, produced under pressure and higher temperatures, had the greatest impact, mainly due to its concentration, and the energy demanded by the automatic machines. Conclusions The study identified that the concentration of coffee, as well as the ratio of packaging mass per volume of beverage prepared, has a significant effect on the calculated environmental impacts. The single-serve pods method using paper sachets can associate convenience with low environmental impact. The results obtained allow the consumer to include the environmental aspects in the choice of method for beverage preparation and also provide relevant information for public policy concerning residue generation.

How do you like your coffee, espresso, long, filter?
Basically you need roasted coffee beans and hot water, but many variations have emerged around this basic protocol. The essential constituent, for which it is often consumed, is caffeine, which is a well-known stimulant, similar chemical forms of which can be found in tea and mate. Caffeine is soluble in water, so it is easy to extract by dipping roasted seeds in hot water. The tannins are extracted simultaneously, hence the dark color of the beverage after preparation. It was soon realized that the part of the coffee that is not soluble in water could also add flavor. In order to extract it, either the water temperature has to be increased, which is quite complicated, or pressure has to be added during extraction. A foam of water-insoluble compounds is then formed which contains many molecules with flavours which, depending on the origin of the coffee, will have notes of dried fruit, chocolate, red fruit and other flavours sought after by coffee lovers. Without forgetting the roasting process, in which the heat applied to the beans causes a chemical reaction, known as Maillard’s, between the complex sugars and proteins, thus developing an intensification of the aromas, but also a decrease in the solubility of these compounds.

There are four main stages that have an impact on the environment.
Seed production requires resources in terms of agricultural land, water, phytosanitary treatments and energy for the maintenance of plantations and harvesting. The seeds are then separated from their husks and dried artificially or in the sun. The next step is roasting, which consumes a lot of energy, not to mention long-distance transport between producing and consuming countries. Crushing is the third step associated with bagging or podding. The fourth is the preparation of the drink according to different protocols. This study presents a life cycle analysis with all the externalities, on different ways of preparing coffee, including growing, drying, grinding, transporting and different ways of preparing coffee manually or automatically, under pressure or not.

Verdict on environmental impact.
No surprise, the worst score is attributed to the aluminum or plastic capsule for single doses used in automatic machines. The best score is given to the so-called “French Press” which looks a bit like a tea or herbal tea pot. The case of the “vending machine” type coffee machine has not been studied. In its basic version, the latter uses freeze-dried soluble coffee. This process is energy-intensive and will therefore have an impact on the balance sheet. Some vending machines use espresso technology using coffee beans. In this case, their balance sheet is close to the espresso machine type results reported above.
A small caveat, however, on the expression of the results of this study, which will show that Life Cycle Analysis are not always easy to interpret: for filter or French Press coffee, the beverage volumes are much higher than for espresso. It is not uncommon to prepare 200 ml at the French Press, whereas an Italian espresso in its most minimalist version will only make 5 ml. The authors of this study expressed the energy consumption per volume of drink. In the case presented above, it takes 40 espressos for a French Press coffee. The less favourable score of the espresso should therefore be minimised. It would be better to take into account the act of consumption: a cup or a mug, to compare real-life situations. However, the authors are right about the fact that bar machines are left on and heated all day long, whether or not they serve coffee, hence the high environmental impact. A domestic espresso will have less impact.

How to drink an eco-friendly coffee?
At the production level, the notion of ethics towards the populations of the producing countries is an important point. Secondly, sustainable or organic agriculture with minimal recourse to phytosanitary treatments considerably reduces environmental impacts. Finally, the integration of the processing chain from seeds to dry beans, or even roasting, avoids unnecessary transport and promotes the distribution of added value locally in the producing country. Having renewable energy sources would be a plus for all these energy-intensive stages.
Transport from producer to consumer countries has a high impact. It is possible to use low-impact means of transport that are beginning to emerge, such as sea freight by sailboat for example, which is already available for certain brands of chocolate.
Bulk distribution is to be favoured in order to reduce as much as possible the use of plastic packaging which is difficult to recycle.
The last step is more complex to rationalize. It is true that a manual filter coffee in warm water will have a reduced environmental impact, but it will probably be less pleasant for most consumers than an espresso. For those who want to take this eco-friendly approach to the end, and who love espresso, there are manual machines in which the pressure is brought by a lever operated by the consumer. This requires a bit of preparation of the equipment, but this concentration of a few minutes will undoubtedly have the salutary effects of letting go of the problems of the day?