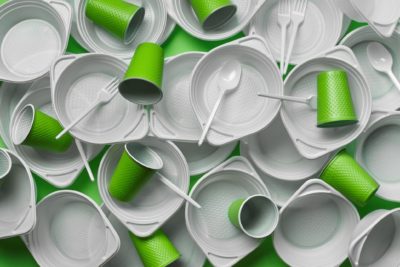 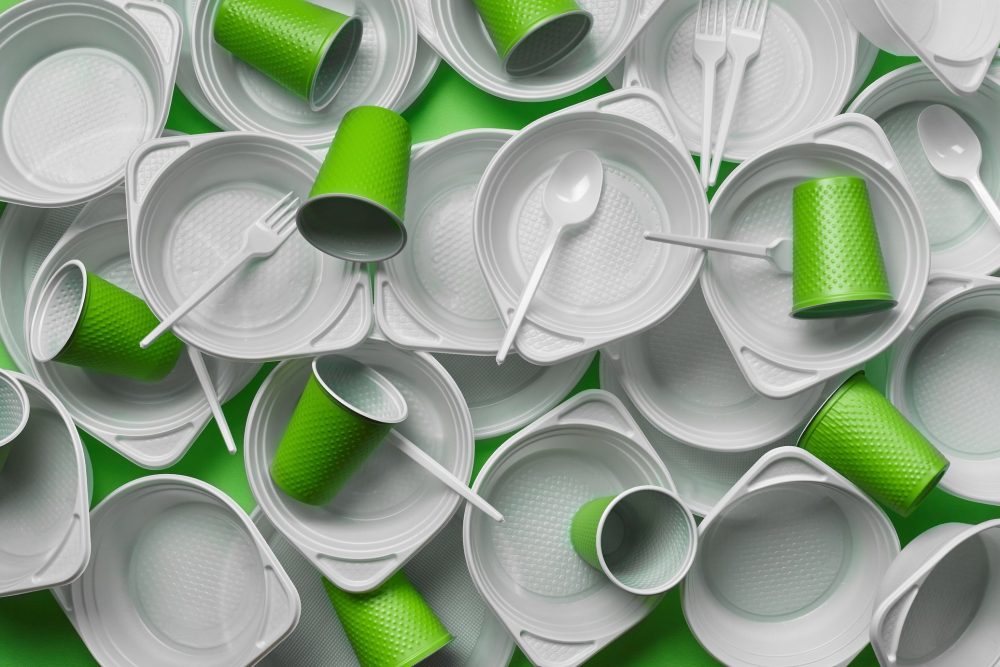 The ban on single-use plastics is widespread throughout the world.
It is primarily a measure perceived as political. Quantitative studies of the actual effects are just beginning to be published. The authors present here an example of results that take into account the life cycle analysis of certain single-use products, both plastic and non-plastic. This study focuses on the European region where overall waste is rather well managed compared to other regions of the world such as Asia. The conclusions should therefore be limited to Western countries.

The development of the biodegradable plastics is generalized at the marketing level.
As we underlined it in a previous Seaview, one of the immediate actions of the industrialists was to put forward the fact that from now on they use biodegradable plastics in their formulations for the objects of single use. We saw in a scientific study carried out in Brazil that almost half of the polymers known as biodegradable in products of single use, after chemical analyses, turn out to be conventional petrochemical polymers completely non-biodegradable. The other half is made up of conventional polymers to which additives have been added to stimulate biodegradation. There is no certainty about the effectiveness of this biodegradation. The term biodegradable is not regulated and is therefore not related to standardized tests under specific conditions. This influences the behaviour of consumers who think they are doing something for the environment by choosing certain products that do not meet the claims made on their labels.

The ban on single-use plastics ultimately has little effect on marine pollution.
According to the present study, taking into account all aspects of the life cycle of plastics that are used in single-use items, the ban would only reduce marine pollution in the European Union by 5.5%. Extrapolated to the global level this reduction would be only 0.06%. It is therefore clear that in developed countries the ban on single-use plastics has very little effect on marine plastic pollution. The conclusions would probably be different in developing countries because the efficiency of waste management is taken into account in the calculations. If it is non-existent or too low, the impact of the single-use plastics ban is more significant. It should also be pointed out that part of the lack of effectiveness of the ban in developed countries results from the practice of transferring waste to developing countries for hypothetical treatment.

Alternative materials to plastic do not provide an effective solution.
Another approach by the industry is to substitute plastic with another material of renewable origin, such as wood or paper. The authors of this study evaluated these solutions. It turns out that they have a relatively low impact on overall plastic pollution, as highlighted above, and also contribute to chemical pollution, resource consumption and carbon footprint. Especially for all cellulose-based materials, if the forest or crops are not subject to good practices in order to be sustainable. Materials made from these raw materials ultimately have a greater overall negative impact on the environment than conventional plastics. Bio-based plastics such as PLA have also been evaluated. Their full life cycle assessment is significantly worse than that of conventional plastics when used in single-use items.

The results clearly show that it is the concept of single-use items that is problematic.
After analysing the life cycles of these different products made of plastics or alternative materials, the authors of this study have clearly shown that it is the concept of single-use objects that should be regulated or even banned. This notion is relatively recent: it appeared in the 1950s in the United States, where disposable items saved a considerable amount of time in daily life. At least this is how the marketing of the time promoted this new approach to production. This made it possible to solve the problem of the products’ lifespan, and therefore their solidity, reliability and overall quality. All these criteria allowed for rapid development and marketing, and therefore a very rapid amortization of the costs of studies on products with a lower level of risk, because if one product does not work well, it is replaced by another in a short time. Production costs, and thus the price of the products, are then reduced and the margin considerably increased due to the large volume of objects sold. The consumer quickly became accustomed to these cheap products with a short life span, knowing that at the time, in the minds of economic actors, it was the final consumer who was responsible for his waste.
Times are changing, the consumer and all economic players are beginning to realise that the linear model is no longer viable, and that profits based on hyperproduction will soon dry up. So the real question is: where to place the added value and therefore the profit of economic actors, including that of the salaried consumer, in a new system? Adapting the laws on single-use plastics to move towards a ban on single-use objects would be a significant step forward in this direction.