Sanitary safety or plastic pollution, is the choice really necessary? 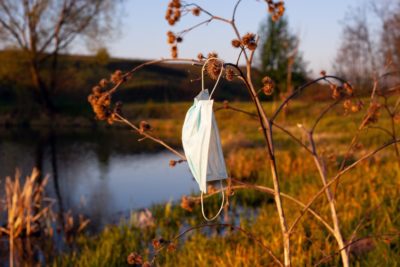 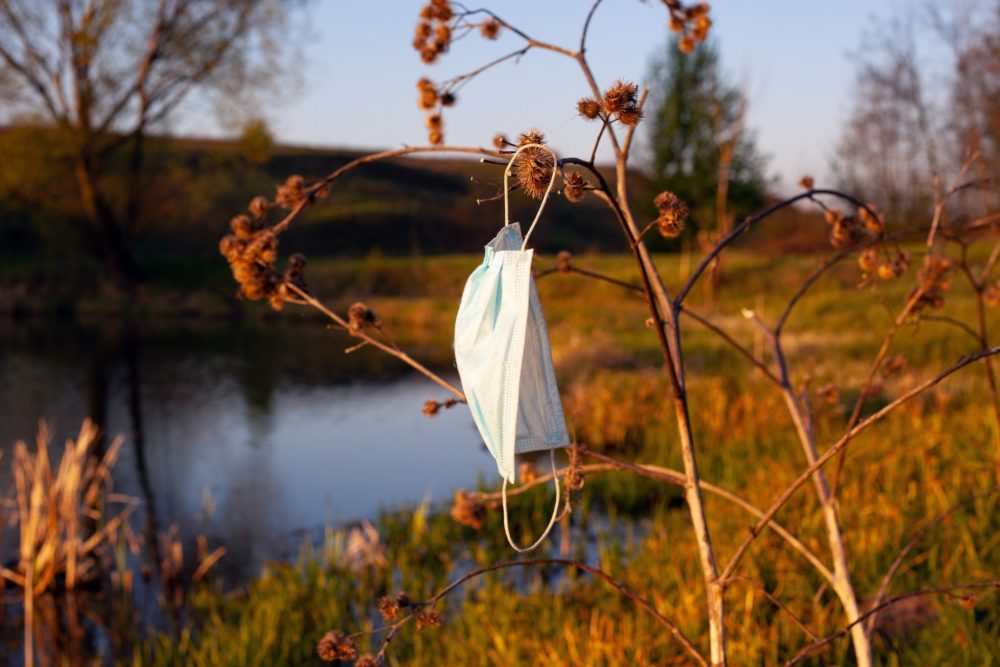 Sources Rethinking and optimising plastic waste management under COVID-19 pandemic: Policy solutions based on redesign and reduction of single-use plastics and personal protective equipment The Science of the total environment, 2020, vol. 742, p. 140565.

Plastics have been on top of the political agenda in Europe and across the world to reduce plastic leakage and pollution. However, the COVID-19 pandemic has severely disrupted plastic reduction policies at the regional and national levels and induced significant changes in plastic waste management with potential for negative impacts in the environment and human health. This paper provides an overview of plastic policies and discusses the readjustments of these policies during the COVID-19 pandemic along with their potential environmental implications. The sudden increase in plastic waste and composition due to the COVID-19 pandemic underlines the crucial need to reinforce plastic reduction policies (and to implement them into action without delays), to scale up in innovation for sustainable and green plastics solutions, and to develop dynamic and responsive waste management systems immediately. Policy recommendations and future research directions are discussed.

The extent of widespread plastic pollution is becoming well known to the general public.
This was achieved through concerted communication actions between the media, scientists, NGOs and citizens. As a result, new regulations have recently been adopted by various countries. In particular, one will think of bans on single-use plastics in many products. Studies on the consequences of these decisions are beginning to be published. They all show that the target should not be single-use plastics, but single-use objects, in order to initiate a change in behaviour of both consumers and industry. They also indicate a strong resistance of the latter to take the turn by promoting bio-sourced, biodegradable solutions, even favourable life cycle analyses… which, after detailed study, prove to be very incomplete solutions misleading the consumer. The result is a persistence, and sometimes an increase in inappropriate behaviour in the end-of-life management of these plastic objects.

With the development of the Covid-19 pandemic, priorities have been set completely in opposition to the reduction of single-use plastics.
The reasons given were generally related to personal safety, but the challenge was also to slow down the spread of the number of cases, as the development of the epidemic was endangering national health organisations by risking saturating them. Policies to reduce costs and hospital capacity over the years are rarely mentioned as one of the sources of the problem, but this virus has had the merit of highlighting the fact that this choice may not be optimal in countries where the average age of the population is constantly increasing. Legitimate prophylactic measures have been put in place in patient care facilities and among health professionals, with their procession of single-use plastic objects: masks, gloves, etc. and, in general, appropriate waste management procedures: collection, storage and destruction by incineration.

Impelled by the media, industrialists or simply fear of consumers, single-use plastic objects have made a strong comeback.
In the 1950s, it was the ideal solution to save the housewife’s time and to promote low-quality, short-lived and “cheap” products, this aspect being very relative, as the regular purchase of the same objects has a hidden cost that is poorly understood by the consumer. Change of communication strategy today: single-use is good for your health! This approach is not based on any serious scientific publication, only on the sacrosanct principle of variable geometry precaution. It is quite remarkable to see that it is applied very quickly in the event of a possible increase in sales, but not at all when it comes to removing heavy metals from the composition of plastics used in the manufacture of children’s toys.

A technical and scientific paradox that doesn’t bother anyone.
Concretely, the only serious scientific publications on the persistence of Covid19 on surfaces indicate that, for high viral loads deposited on sterile surfaces, the survival of viruses is very low and does not exceed 24 to 48 hours. At this stage, the viral load is very low, as is, therefore, the risk of contamination. On everyday surfaces, covered with various molecules, bacteria and other (non-pathogenic) viruses, the survival rate of Covid19 has not been evaluated. But according to a basic principle of microbial ecology, it is strongly reduced compared to sterile surfaces. The switch to single-use items was therefore totally unjustified for bags, cutlery, dishes… but was only the result of a strategy of opportunity.
The analysis of the paradox is not finished: assuming that the transmission of Covid19 is through the objects, how do the manufacturers of these single-use objects assure their customers that they are sterile or at least free of viral contamination (except for products sold with the sterility certificate, for hospitals for example). There may be sick employees on the production lines, in distribution… and many of these products are imported from countries that are highly impacted by the epidemic, such as China, for example. In many cases, it is the new regulations imposed on manufacturers and traders that have precipitated these choices.

The generalization of personal protective equipment to the entire population has considerably increased the use of single-use plastics.
Masks and gloves have been produced in very large series on a short life cycle basis using inexpensive materials, as a matter of urgency. The masks are therefore mainly made of PP and disposable with a minimum daily consumption. Re-usable washable solutions have gradually entered the market, usually made of synthetic textiles. The authors of this article indicate that the best filtration efficiency is provided by surgical type masks, which should not be worn for more than 3 hours. This filtration capacity is linked to the porosity of the weave. This cannot be guaranteed after washing. Most masks are therefore not used to filter viral loads, but to reduce the risk of individual projections. Bearing in mind that we also leave in our wake hairs, hair, skin desquamations… also potentially carrying viruses, the integral disposable suit would be more appropriate or the complete absence of interaction. The positive side of this global experiment is that scientists will have data on the chronic inhalation of microplastics and their additives. Is the benefit of protection commensurate with the risk to individual health?

Used masks are disposed of in the environment.
This behaviour, a priori surprising, probably results from the fear of carrying a contaminated mask in the car, in the home to put it in the dustbin, or simply from an act of incivility marking the “fed up” of a certain part of the population. Its observation at the international level is perplexing and will merit studies on the precise motivations of these acts. The result is a sharp increase in single-use plastics and a significant increase in their mismanagement at the end of life. Nearly two thirds of the countries that have decided to ban single-use plastics have reversed or suspended their decisions.

There is an urgent and important need to reconsider priorities.
The evolution of plastics production is exponential and any delay of a few years in implementing protective measures risks leading to irreversible situations at the ecosystem level. It is known that the disruption of natural ecosystems invariably leads to the outbreak of epidemics with a potential global impact at the global level. It should be noted that it is not just the epidemic vector that poses a problem, but also the level of natural immunity of animals and humans in a polluted environment. It is known that, in this case, the level of immunity is very low and that the much diminished natural resistance is conducive to the spread of disease. This indirect effect is largely underestimated.